New Medical Breakthrough In The Treatment of Hair Loss & Baldness

Biostim is Propecia, but without the side effects.

The most common form of hair loss is genetic. Androgenetic alopecia occurs in approximately 60% of men and 10% of women in the U.K. However, if you are a sufferer you do not have to simply live with it as your parents and grandparents may have had to. You can take an active step today and discover Biostim, the new, highly effective hair loss stabiliser and hair regrowth stimulant available directly from our laboratories.

In men, androgenetic alopecia has a characteristic pattern of hair loss; it begins with a slight recession at the front hairline and is followed by thinning on the crown of the head.

In women, androgenetic alopecia is often linked to hormonal changes with the hair loss following events such as the menopause, childbirth or as a result of stopping or starting oral contraceptive pills. The hair loss is also generally more uniform over the scalp than in the male counterpart.

In both sexes, the hair loss results from a complex chemical reaction when the enzyme 5-alpha-reductase converts the testosterone in the system into DHT or dihydrotestosterone. The hair follicles are genetically predisposed to be oversensitive to the DHT and become smaller and smaller with time, leading to the eventual hair loss.

How does Biostim work?

Biostim is composed of a variety of different ingredients all of which either directly or indirectly benefit hair loss stabilisation and some of which stimulate hair growth. The 11 most important ingredients are as follows:

A combination of naturally occurring 5-reductase inhibitors with added multivitamin complex for the stimulation of hair follicles suppressed by the action of Androgens in cases of androgenic alopecia.

5-reductase inhibitors act as anti-androgens, reducing the levels of di-hydroxy testosterone (DHT), decreasing the levels of androgen activity at the target site. The consequent reduced levels of DHT stabilise or reduce the level of atrophy of the hair follicle and shaft in the genetically determined areas in the treatment of androgenic alopecia. The hair growth period (anagen) is prolonged and promotes increased hair growth and density.

Clinical trials of the natural ingredients have established anti-androgen activity and the ability to suppress di-hydroxy testosterone (DHT) formation, beneficial in cases of androgenic alopecia. The increased dermal papilla activity increases hair cell production and proliferation, increases the number of hairs in the anagen phase and increases the A/T (anagen/telogen ration).

Biostim has been shown to be a strong inhibitor of 5-alpha reductase in the dermal papilla and to increase hair cell proliferation, particularly on hairs suppressed by androgenic activity. It is believed that the effect of the Biostim is to interfere with the conversion of testosterone to dihydrotestosterone and so there follows a positive response. Biostim is also a good natural source of oestrogen, this may also aid the ‘stimulating’ effect of the plant.

Another very important ingredient, which is derived from the vitamin B complex and is a powerful vasodilator, that is to say, it draws the blood to the surface of the skin in the area to which it is applied. The effect of this on the scalp is, firstly, to ‘shock’ any dormant hair follicles from the telogen (resting) phase into the anagen (growing) phase and, secondly, to generally increase the blood supply to the given area, allowing the metabolism to increase and the hair to receive more blood than would normally be the case.

Biostim has been formulated with an alcohol compound to carry the active materials to the target site with a minimum of loss into other scalp tissues.

Biostim also contains a highly effective anti-dandruff agent that clears the scalp of the dead skin cells and scale that would otherwise absorb much of the lotion and render it less effective.

Another major innovation with Biostim is the incorporation of PANTHANOL into the formulation. Panthanol is a natural constituent of healthy hair and so often included in shampoos and conditioners as it has an ability to penetrate into the cortex of the hair to reinforce the chemical bonds and strengthen the hair.

The panthanol used in Biostim is not diluted by water as when with shampoos and conditioners and so reaches the hair at the strength at which it is incorporated into the product; this is extremely important as the effectiveness of panthanol is directly proportional to the level reaching the cortex and therefore in Biostim it can have an outstanding effect on the strength of the hair.

Serenoa repens is the medical name for the herb saw palmetto. Some studies have shown the saw palmetto may have the same effect as the drug finasteride in treating hair loss and prostate enlargement diseases. It has been suggested that both hair loss and prostate disease are related to the hormone DHT (Dihydrotesterone) which is formed when the enzyme 5-alpha reductase interacts with the male hormone testosterone.

Finasteride is marketed as Proscar (5mg finasteride) or propecia (1mg finasteride) by the Merck & Co. Both Proscar and Propecia are oral medication and has been approved by the FDA in the United States. Proscar is usually prescribed for people with benign prostate enlargement. Propecia was approved by the FDA in December 1997 as the first ever anti-baldness pill. Both Proscar and Propecia are available by prescription only.

Research has shown that the herb Saw Palmetto has the same effects as finasteride in treating patients with benign prostate enlargement. In fact, the herb is very popular and common in Germany and is available as an over-the-counter medication. There are many studies in Germany that confirm the effectiveness of saw Palmetto in treating patients with prostate disease.

Since both hair loss and prostate disease are related to DHT, many suggest that Saw Palmetto will also be effective in treating people with hair loss by reducing the amount of DHT in our body and around the hair follicles. Although there is no formal study or testing to confirm the effectiveness of Saw Palmetto in treating hair loss, many companies are already preparing topical hair lotions that are formulated with saw Palmetto.

Since women are CAUTIONED AGAINST using Propecia (1mg finasteride) due to potential side effects that may affect foetus development and cause birth defects, saw palmetto may seem to be a natural alternative for women who are suffering from hair loss. For men who are concerned of the potential side effects of Propecia (1mg finasteride), such as loss of sex drive and impotence as reported by 2% of te participants who took Propecia during clinical testing, saw palmetto is also the natural alternative. There are very few reported side effects of saw Palmetto that have been documented. 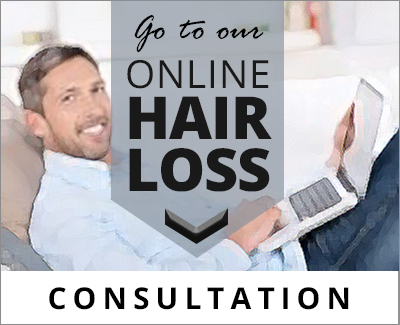 Having a bad hair day?